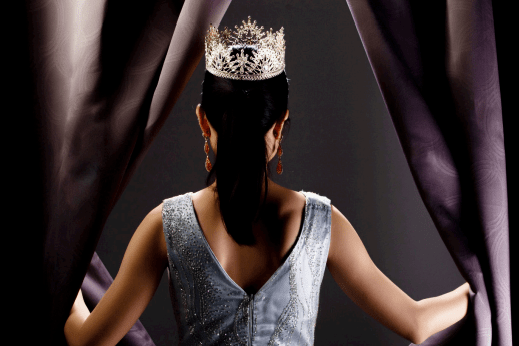 “And the winner is…Simona Rivero.” Those are the words that I obsessed over for 10 years. From age 6 to 16, I competed in beauty pageants on the local, state, national, and international level. My most notable title was Miss Jr. Teen United States 2014. I am not usually forthcoming about my history as a beauty pageant competitor because I am aware of the stigmas and stereotypes. In this series, I will be exploring four themes related to messages received during a pivotal time in my life and emerging from all of this with a solid sense of self. This month’s feature is called Learning to Love My Body.

Before diving in, I would like to clarify that I was never forced to compete in pageants. I expressed interest in pageants from a young age, and my family supported me, but it was my choice. My mother often checked in to see if I was still interested in continuing. I always said, “Yes.” However, I did not consider some of the long-term effects. It has been six years since I have set foot on the stage, and I have mixed feelings about the whole experience.

At 13 years old, I modeled on stage in a bikini and high heels in front of a live and livestream audience. There was a technical error with the order of contestants, so I walked on stage and posed in the same position for about two minutes while the backstage crew was figuring out the lineup. I then proceeded to walk down a runway and pose for the judges.

Before the competition, I exercised for about two hours a day, six days a week. I ended up losing my period for a few months, which might have been due to my extreme dieting and exercise habits. Since retiring from pageantry in 2016, I believe that I still live with undiagnosed body dysmorphia. I find myself comparing how I look to others with a completely different body type. While I competed in pageants, these thought patterns were normal. Contestants wanted to look like the young woman who won the year before. I even had a personal trainer who I showed inspiration photos to with the hopes of getting a body like hers.

Out of all the hurtful things I had heard over the years, the comment that sticks with me the most is being told that I need to “look anorexic.” I am even getting emotional as I write this. I met with a well-known person within the pageant industry to get advice for my next competition. Not only did they point out my cup size, but they also told me that I needed to look like I had an eating disorder for the pageant. I was 15 years old, 130 pounds, and 5’5.” It did not make sense. Even if I was heavier, this comment would still be completely out of line. I remember being silent during the entire drive home. I ended up losing a significant amount of weight in the span of two months, but it felt like I was losing weight for that person’s approval. This was the last pageant I ever competed in. If only that person knew how much that comment affected my self-esteem for years to come. If only I had the courage to stick up for myself in that moment. I know that I am not the first person who has heard words that cut deep. The feelings of insecurity and embarrassment are probably something we can all relate to in a way. I never received an apology from that person, but I later realized that I do not need one.

Some things that have helped with my body acceptance are therapy and meditation. My therapist recommended forgiveness as something I can practice. In my situation, I am choosing to forgive those that have body-shamed me as an impressionable girl. I forgive others for my own benefit so that I can keep pushing forward. Meditation has also been beneficial for me. I enjoy guided meditations that give me the space to be present. These meditations encourage me to be grateful for what my body does for me instead of how it looks. The path to self-love is long, but I am doing my best to soak in the journey.

If I am able to speak to those young women who have been in pageants, or wish they were, I would say that a crown and sash is not the key to self-confidence. When I became close to the ladies I competed with, it became clear that many struggled with body image just like I did. Instead of seeking validation through external factors, I recommend working on the way you see yourself. Our bodies are complex and unique. Instead of wishing to change it, try to embrace and appreciate how hard your body works to keep you alive.

Stay tuned for the next articles in this series that will talk about trying to live up to beauty standards, overcoming self-comparison, redefining success, and my journey of personal growth. Next month, I will be sharing my thoughts on conventional beauty standards and how those standards confused me as a young woman of color. I look forward to giving advice on resisting the beauty expectations that are constantly put on women and girls. 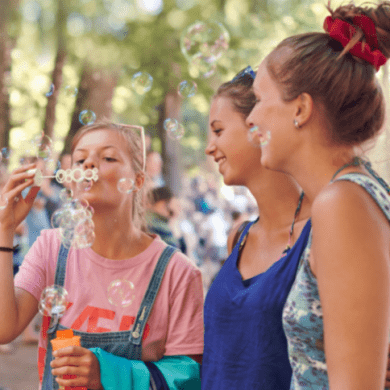 Sept 2021 Issue | Reparenting Yourself and Healing the Inner Child