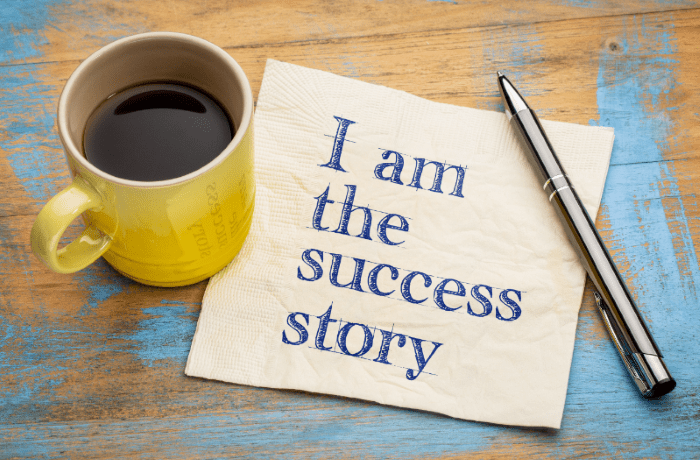 In the realm of self-help literature, there is a lot written about the power of affirmations. Affirmations are positive statements that an individual must repeat to himself or herself on a regular basis. Affirmations may reflect the state that the person wants to be in. Example, “I am successful and healthy.” Sometimes they indicate what the person wants to achieve. For example, “I live in a beautiful mansion by the sea.” It is believed that by constantly using these affirmations and genuinely believing in them, a person will be able to change his or her mindset, behaviour, and consequently his or her reality.

Thinkers and authors like Louise Hay have in fact created a science out of the entire concept of affirmations. Hay’s book You Can Heal Your Life continues to be a gamechanger in the genre. Her books list the possible affirmations that people could use in order to live a happy, healthy and successful life. But is there a science to affirmations?

Affirmations work. They help by changing your mindset to a more positive angle. They help you to focus on your strengths and not on your weaknesses. They change the pattern of negative thoughts to a more progressive framework. Various neuroscientific research points out to benefits of affirmations which include benefits to mental as well as physical health.

However, there are occasions when affirmations may not work as well as we would imagine them to. If we really want to harness the power of affirmations, we may need to dig a bit deeper into the self-affirmation theory propagated by Claude Steele in 1988. The theory states that people are intrinsically motivated to maintain a positive view of the self and hence use affirmative statements to sustain one’s self-worth. This works when people use statements that reflect core personal values and reinforce a sense of self-identity. It can reduce stress and anxiety, reframe negative thoughts into positive directions, and open people to new ways of behavior and also give them a broader view of the self.  But, this also means that if we merely repeat an affirmation without it being in sync with what we deeply believe, it might not work for us.

In all the positivity surrounding the act of writing and using affirmations, we sometimes miss this key aspect- realism. Affirmations have to be tuned to a person’s own reality, else the person in question will intrinsically believe it’s a lie and hence the affirmations will not work for that person. Or, she will be less likely to stick to repeating the affirmations and unconsciously acting on them. However, if affirmations are realistic and grounded in your own reality, they will work for you, and the chances of success are greater.

How to write effective Grounded Affirmations

When your affirmations incorporate more detail, it adds a bit of realism. For example, instead of just saying “I am beautiful,” how can one make it more specific? One could say, “I love my smile and the radiance that emanates from my face. I dress to bring out the best of my features. With each passing day, my personality grows more magnetic.” The latter affirmation gets in more specific details. Now imagine this is being used by someone who has a low self-esteem and is looking at using affirmations to confidence. Which of these statements would resonate more?

Affirmations seem to go well with visualization. Those who practice affirmations on a regular basis don’t only repeat the statement, but also use imagery techniques to visualize the realization of their statement. So, if your affirmation has to do with achieving a particular career goal, you would do better by actually imagining yourself as having achieved it. How about going one step deeper? Imagine yourself as having accomplished the goal (example, see yourself as having being promoted to a particular position). In addition, visualize yourself working towards that goal as well. For example, see yourself delivering astounding results that lead up to the promotion, or visualize yourself working enthusiastically on that new project which will be a gamechanger.

You will find ready to use lists of affirmations everywhere. While you could use them as a starting point and for inspiration, you’d do good by writing or rather crafting your own. So, even if you do get access to plenty of readymade statements, remember that these must be a starting point for writing your own affirmations, that reflect what you desire.

Deep in your heart you know what’s real. Just like goals need to be achievable and realistic, your affirmations can’t be something you inherently don’t believe in. You may be ambitious, but you can’t be unreal!

Hence, with all due respect to this beautiful practice of writing and using affirmations, do remember that they are not a magic bullet. But yes, you can write them well and optimize them to work like magic. Because, all said and done, the magic lies within you! Grounded affirmations might just be the wand that brings it out!

Aug 2022 Issue | How Music and Chants Can Heal Your Mind