Aug 2022 Issue | How Music and Chants Can Heal Your Mind

While watching a great, entertaining movie have you ever wondered—apart from the stunning visuals, the actors, and the action—what else makes you stay entranced? It is the music, which runs in the background but still subtly aligns your emotions with what you are watching on screen. It is the music that makes you sad during an emotional scene and gets you pumped up during a high-octane action sequence. Music has the power to instantly shift your mind’s focus; it can your emotions and make you feel something outside of your own experience.

While filmmakers and artists use music to entertain people, many researchers, doctors, and even spiritual leaders use the astonishing ability of music and musical chants to heal the human mind. In 2018, a study published in the American Journal of Psychiatry revealed that ‘mantram’ repetition therapy, which is based on religious chanting, has proven to be useful in treating post-traumatic stress syndrome (PTSD) in veterans.

Psychological disorders related to stress, anxiety, and depression can arise from various negative emotions you unknowingly process in your mind on a regular basis. All these emotions flow in the form of brain waves and interestingly, these waves are sensitive to the vibrations that are created through music or chanting. So, when your brain waves respond to music, they can change the way you feel.

The Value of Chanting: A Success Story

Matthew, a single parent and a police officer, was slowly falling into a depression due to an accident involving his teenage son, Chris. During a school football game, Chris suffered a terrible spinal injury, and even after medical treatment, he wasn’t able to walk properly. Seeing his son struggling like this every day broke Matthew and he wasn’t able to focus on his police work. He became more and more isolated and withdrawn.

Chloe, a yoga lover and the physiotherapist helping Chris with his injury, could see how Matthew was impacted. So she invited them both to join a weekly music and chanting session at her yoga studio. There were around 50 people in the session and the studio became filled with repetitive and rhythmic chanting.

The activity proved to be a very calming experience for Matthew, and at the end of the session he shared that he felt significantly more positive and relieved. He had a total mood shift that day and, when he started taking the sessions more regularly, he even began listening and practicing the chants at home. Now Matthew is spending more time working and taking sessions with his son than being alone and isolated.

Those musical sessions altered the stress-generating brainwaves of Matthew’s mind and changed the flow of his emotions. His stress levels went down every time he practiced the chanting and participated in the sessions.

This one example shows that sometimes you are not aware of your mind’s potential and the ways your mind can heal. Matthew never expected that music could help him overcome his stress and trauma. Similarly, a veteran may not imagine that his or her PTSD could be alleviated through chanting a mantra. But there is no rule to how your mind works.

The human mind perceives music as a form of energy and when this energy is harnessed in a proper way, it can not only heal your mind but also guide you towards greater positivity. 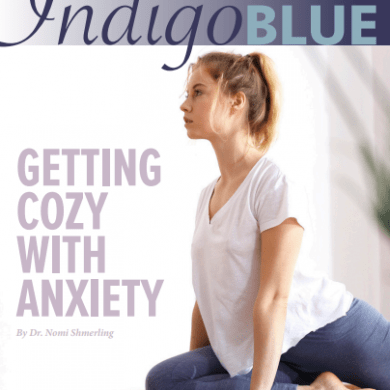