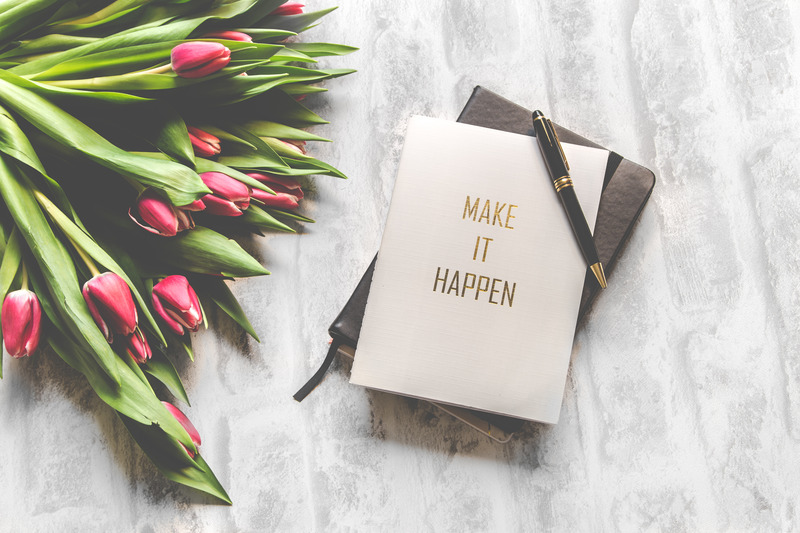 My Journey to Accepting Professional Help

Though I have publicly advocated for mental health and shared my experience with those closest to me, I have never formally shared the full extent of my journey. So, putting this out here for the world to see, is perhaps one of the scariest things I’ve ever done. It’s my hope that by sharing my story, someone else is encouraged to get help.

For a few years in a row, over a three to six month period, I was battling issue after issue. Physically, emotionally, financially, and mentally I was beaten to pieces. To paint a clearer picture, within a period of 90 days back in 2016 I had lost my father, my car, childhood best friends, and housing, in addition to experiencing my family in North Carolina being displaced due to Hurricane Matthew. This also came at a time where I transitioned from teaching preschool to working for a child advocacy organization in Florida and working with abused children, where vicarious trauma was inexorable. Needless to say, I was truly a mess and trying my hardest to hold it all together. I was crying myself to sleep at night and could down a bottle of wine within minutes, but on the outside, I was the happy, confident, sarcastic, and larger-than-life person that everyone expected each day. It was taxing.

Growing up southern, black, and Christian, I experienced mental health issues as  a taboo subject. There was not a lot of healthy conversation around illnesses such as depression or anxiety. In fact, not only did I hear these being labeled as  “white folks diseases” but I often found  people were considered “crazy” or having some kind of spirit that just needed to be prayed away. Being a person whose decisions were ultimately rooted in my spirituality and religion, the observations I made over the years caused me to be reluctant to share my struggles with depression and anxiety as well as apprehensive to seek help. I was embarrassed to talk to anyone, including my mother because I didn’t want to be seen as weak or perceived as not having faith in God anymore. But I knew that prayer itself wasn’t working for me anymore.

What I am most thankful for about my time in Florida, was not only the acceptance but the encouragement of taking mental health days.  I am grateful that mental health is a priority there. (Or at least in my neck of the woods it was)!  It was not uncommon for my employer to offer “mental health” days, group self-care activities, or bring in a therapist for decompression due to our line of work. These practices caused me to hold a mirror up to myself and realize that I wasn’t ok, mentally or emotionally. That though my religious upbringing had stirred some reservations, it was past time to face and unpack my fears and traumas. I had Jesus, but he needed some help by way of a mental health professional.

Now, my first attempt at getting professional help was just that…an attempt. When I think back to that moment, I cringe thinking about how unwelcoming and intimidating that phone call was, speaking with a receptionist who was both robotic and mundane in her responses. However, I still inquired about their availability to see new patients for stress related coping mechanisms. The answer was the most terrifying thing I had ever heard at that point. She told me, to bring the following: ID, insurance information, payment information, any medication that I was taking, my phone charger, and a change of clothes. Why? Because anyone seeking mental health services had to undergo a 24-hour psychiatric evaluation and once you were there, you could not leave. The thought of being under a 24-hour watch was unfathomable, resulting in me terminating the call. I felt defeated, and helpless. Nevertheless, I knew that what I was going through couldn’t be stifled for long, so I began looking for alternatives.

While I didn’t know how to self-treat depression, I did everything I could think of to mitigate stress and anxiety, starting with eliminating my stressors. Of course, that’s easier said than done. I began to practice meditation, recanting affirmations, journaling before bed, herbal remedies, and any other thing under the sun. The alternatives worked, until they didn’t.

Eventually, the quest for a therapist was underway once again. However, although I knew that this thing was beyond me, I began to be a bit more scrupulous because I wasn’t fully ready to unpack some of the things that had been suppressed. The criteria that I had come up with was basically me looking for a unicorn. And then, I found her. I found my unicorn. The days leading up to my first session were nerve wracking because I had no idea what to expect resulting in me cancelling my session about fifteen minutes beforehand. The second first session was met with the same level of anxiousness. As I watched the clock constantly to count down that hour, it seemed like time was not moving. However, before I knew it, an hour had passed and affirmed that I found someone who had my best interest in mind. It likened to having a normal conversation with friends. I felt seen, heard, and understood.

The same way we consistently work our varying aspects of ourselves such as physical attributes, financial goals, or interpersonal relationships, the same goes for prioritizing our mental health in order to be the best version of ourselves. While my avenue was seeking therapy, this prioritization does look different for everyone and it’s important to note that this is not a linear journey. I don’t know if therapy will be a lifelong commitment for me, however utilizing faith and the tools from therapy has helped me tremendously by giving me a healthier approach to grappling (and overcoming) life’s stressors. Perhaps the most substantial lesson on the road to a better me, was learning how to show up for myself. By putting myself and my mental health first, I’ve become a greater asset to those who depend on me. 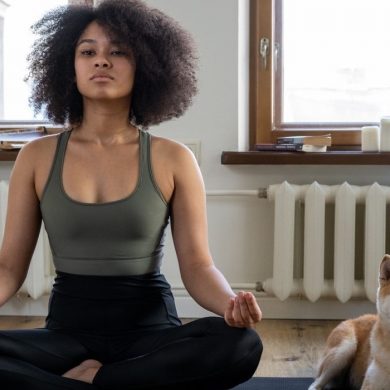 Getting Cozy with Anxiety