June 2021 Issue | The Art of Patience and Small Steps

If you have a big ambition or goal you may be familiar with the feeling of impatience. You want to achieve it now, which can lead to frustration and dissatisfaction. You might also find that you tell yourself that you don’t have enough time to make it happen.

You can wait around forever to have that perfect stretch of time, a day or weekend for a retreat, or you can be more proactive and utilize the small moments which can add up. Sometimes the biggest of ambitions can be achieved in the smallest of steps.

Imagine a child getting excited and diving into whatever the want to do, whether it’s transform their room into a fort, or make something out of clay. They don’t wait around for the perfect moment. They want to do it now! As adults we tend to become more concerned with limitations. ‘Will it be good enough?’ ‘I don’t have enough time.’ ‘My desk isn’t tidy yet.’

Parent Educator Roma Norriss knows a lot about feeling limited. She suffers from Epstein-Barre syndrome which severely impacts her energy. However she’s managed to write 25,000 words of a book by using stretches of time as short as five minutes.

Roma got started after taking a course in Flow with Stephen Kotler. Flow is  defined as a state of intense concentration on a task. Flow feels effortless and timeless and is about being intrinsically motivated towards a certain goal.

Roma starts each morning by grabbing her notebook before her eyes are even fully open. This is recommended by Kotler as the Flow brain state is similar to the relaxed sleeping state. Roma began by utilizing short spaces of time between 5-15 minutes.

She says, ‘’If I just told myself that it was only for five minutes then I could stick at it. Saying to yourself that you only have to do it for five minutes is a really good strategy for consistency as it feels less pressurized.’’

As Roma’s health has improved she’s been able to write for longer, ‘’Now I’m feeling better and I’ve learnt about Flow, literally an hour could go by and it still feels like five minutes.’’

Even a daily habit of just five minutes adds up to 30 hours over the course of a year. Increase that to 30 minutes a day and it’s 182 hours of time! That’s plenty to achieve something significant.

Whatever your goal is, whether it’s learning to play an instrument, write a book, or learn a language, you can start now. Forget the limitations and just begin. Ask yourself how much time you have to spare. If it’s five minutes and you want to learn a language you could do a bit of Duolingo. If you want to write you could set a timer for 25 minutes, and then take a five minute break in-between to do a bit of desk tidying.

One effective method to get things done is known as the Pomodoro technique, created by a student Francesco Cirillo. Cirillo felt overwhelmed by his studies so he developed a method of study where he would set a timer for 25 minutes, and work non-stop without distractions. Then he’d take a five minute break, before beginning another 25 minute segment.

Think of the fable about the Tortoise and the Hare. The hare rushed off, but when he saw how far ahead he was he decided to take a break. He fell asleep and the tortoise won. Slow and steady wins the race so the main thing is just to take regular steps.

Jan 2023 Issue | The Psychology of Hoarding

One of the challenges of working towards a goal is the feeling of impatience. You’re not there yet so that can lead to a tendency to frustration and projecting yourself into the future, wanting to have everything now.

Although achieving big things can bring a sense of satisfaction, thinking only of the end goal can take you out of the moment, exactly the opposite of the Flow state need to focus on the work.

Life coach Julia de’Caneva recommends mindfulness to bring yourself back to the present. She says that often ‘’people procrastinate, not out of laziness, but out of anxiety that what they produce won’t be up to snuff.’’

By simply being with your emotions and accepting them you can let them go and get started on your project, giving you time to utilize small steps.

So simply add five minutes of Flow time into your daily routine. Once you’ve established a regular routine, no matter how brief, you may be surprised about how this opens up the possibility of working for longer. Simply making time can allow you to benefit from the timeless expanse of flow in your life. 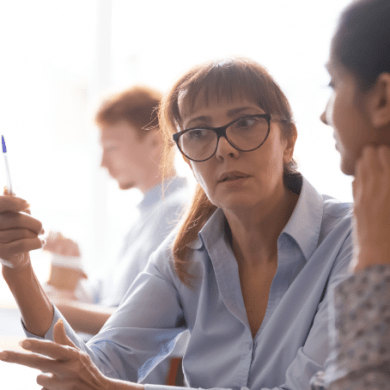